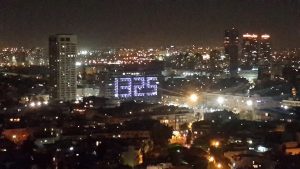 Photo by: Or Seri

UN Security Council Resolution 1325 adopted in 2000 states that UN member states should act to ensure equal participation of women in all decision-making, protect them from violence and include gender assessment of diverse groups of women to prevent violence and promote peace.

The State of Israel was the first country to adopt legislation on the subject by adding section 6c1 to the Women’s Equal Rights Law, which states that it is mandatory to integrate women from various groups on public committees and national policy-making teams appointed by the government.

Since 2007, Itach-Ma’aki has been working to implement the requirements of Section 6C1 and to promote representation of women from diverse population groups in various government bodies. As part of this process, the Association has filed seven petitions with the High Court of Justice over the years against those bodies that have not implemented the requirements of the law.

Subsequent to the High Court of Justice petitions filed by Itach-Ma’aki in collaboration with other women’s organizations and in view of the considerable progress made in implementing the law, in 2012 the Association began to work on promoting the adoption of a government plan of action for implementing all aspects of Resolution 1325. As part of this activity, the Association has developed, together with The Van Leer Institute for the Advancement of Women in the Public Arena and in collaboration with dozens of women’s and human rights organizations, a comprehensive plan of action for the full implementation of Resolution 1325 in Israel.

Plan of Action in Hebrew, Arabic and English

As a result of this activity, in 2014, a government decision was adopted to set up a task-force for formulating a government plan of action to implement the various aspects of Resolution 1325.

Link to Government Decision 2331 of December 14, 2014 regarding the progress of a government plan of action.

From 2016-2018, a dramatic process was set in motion to introduce and implement Resolution 1325 among diverse and wide-ranging groups within Israeli society. In cooperation with Women Bringing Peace and Midreshet Adam, we trained 500 women on the issues raised in Resolution 1325, activism and social change, so that they could work creatively to advance these issues in various circles.

On the 19th Anniversary of UNSCR 1325 – Civil Society Perspectives

In early November 2019, we hosted an event to mark the 19th anniversary of UN Security Council Resolution 1325. We gathered with our many partners in this work to discuss the importance of women’s participation in peace and security discourse and the gendered effects of conflict and restitution, as well as the specific challenges of implementing the resolution here in Israel.

Below is a video our NIF/Shatil Social Justice Fellow Peri Feldstein made recapping the event, as well as a video of our Policy and Advocacy Director Netta Loevy’s speech educating the audience about the resolution and to provide context to the civil society struggle to implement 1325 .

Women activists in Israel are at risk. As Israel heads to yet more elections, women participating in protests continue to face threats, intimidation, and sexual harassment. Ultra-orthodox women are threatened that their children will be pushed out of community if the mothers will speak out. Arab women face threats both from within their community and from the Jewish extremists.
These are critical times for women. Women’s voices are desperately needed, especially in the political arena where our experiences and perspectives are so vital and so often excluded. Yet women’s representation in Israeli public life has gone down in the last few elections. In fact, the Gender Equality Index of World Economic Forum ranked Israel in 64th place in the world out of 180 countries – down 18 points since last year. We at Itach-Maaki Women Lawyers for Social Justice, are working hard during this election period to protect the rights of women to speak freely without threats of violence. We are calling on the police to uphold their obligation to protect women activists so that they are able to make their voices heard. We will offer the police training on this important issue and will provide women activists knowledge about their rights.
In order to do that, we urgently need your support! Please donate to our campaign to protect women activists during the elections! And please share! Thank you!

What is the connection between COVID-19 and UNSCR 1325?

Immediately after the crisis began, the Israeli government started waging against it like a war, and just as in wartime, the consequences were almost immediately absorbed by the most vulnerable. Women have been almost completely left out of decision-making bodies managing our Corona policies, and government exit strategies and plans included no references to the specific needs of disadvantaged women: including women living in poverty, women living under violence, ultra-Orthodox women, Arab women and others.

To read more about our actions during COVID, see our Key Accomplishments During COVID-19 on our website.

More about this essay in an article by Adv. Netta Loevy published here.

So what do we do about it? Together with dozens of organizations, we issued a letter demanding representation of women from a variety of population groups in the NSC’s expert team to deal with the Corona crisis. For more details, see here.

As part of our efforts to make 1325 accessible to all in Israel, we created a Toolkit of educational material and information which we can share and distribute when we talk about the resolution. The kit currently only exists in Hebrew and Arabic, though we plan to translate it further into other languages spoken by many Israelis as part of  the next phase of our 1325 implementation process.

The kit can be found in Hebrew here and in Arabic here.

Want to support our activities? 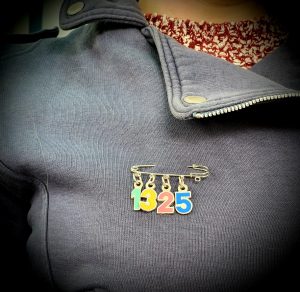 Financial support from corporate and private individuals helps us promote the status of women and change the legal and social discourse regarding the rights and needs of women, especially women who are unable to obtain legal advice to exercise their rights.
Itach-Ma’aki – Women Lawyers for Social Justice is a registered nonprofit, recognized as a public institution under Section 46 of the Income Tax Ordinance.
You can donate to Itach-Ma’aki here:
https://www.jgive.com/new/en/ils/charity-organizations/2144
Want more personal connection? Contact us directly at:
Itach-Ma’aki – Women Lawyers for Social Justice
Ahuzat Bayit 3, Beit Yahalom
Tel Aviv
Phone: 03-5160103
Fax: 03-5163940
mail@itach.org.il
Love the 1325 pin? You’ll receive one in return for your donation to the nonprofit! 🙂 Write to us once you’ve donated and we will happily send your pin along!!